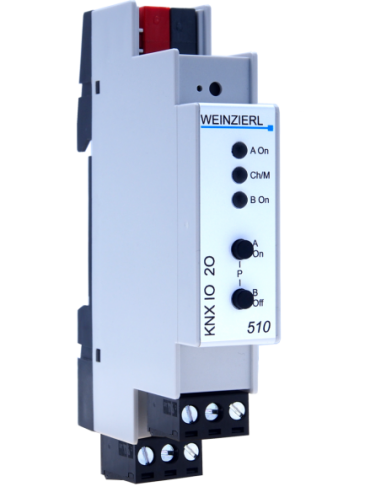 Two push buttons and three LEDs allow a local operation and a visualization of the device state. In addition to the output channels the device includes 16 independent functions for logic or timer control. 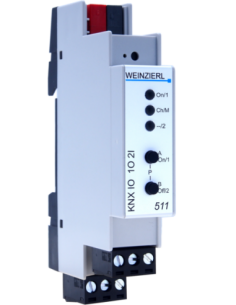 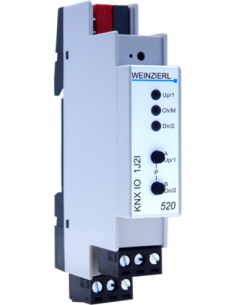